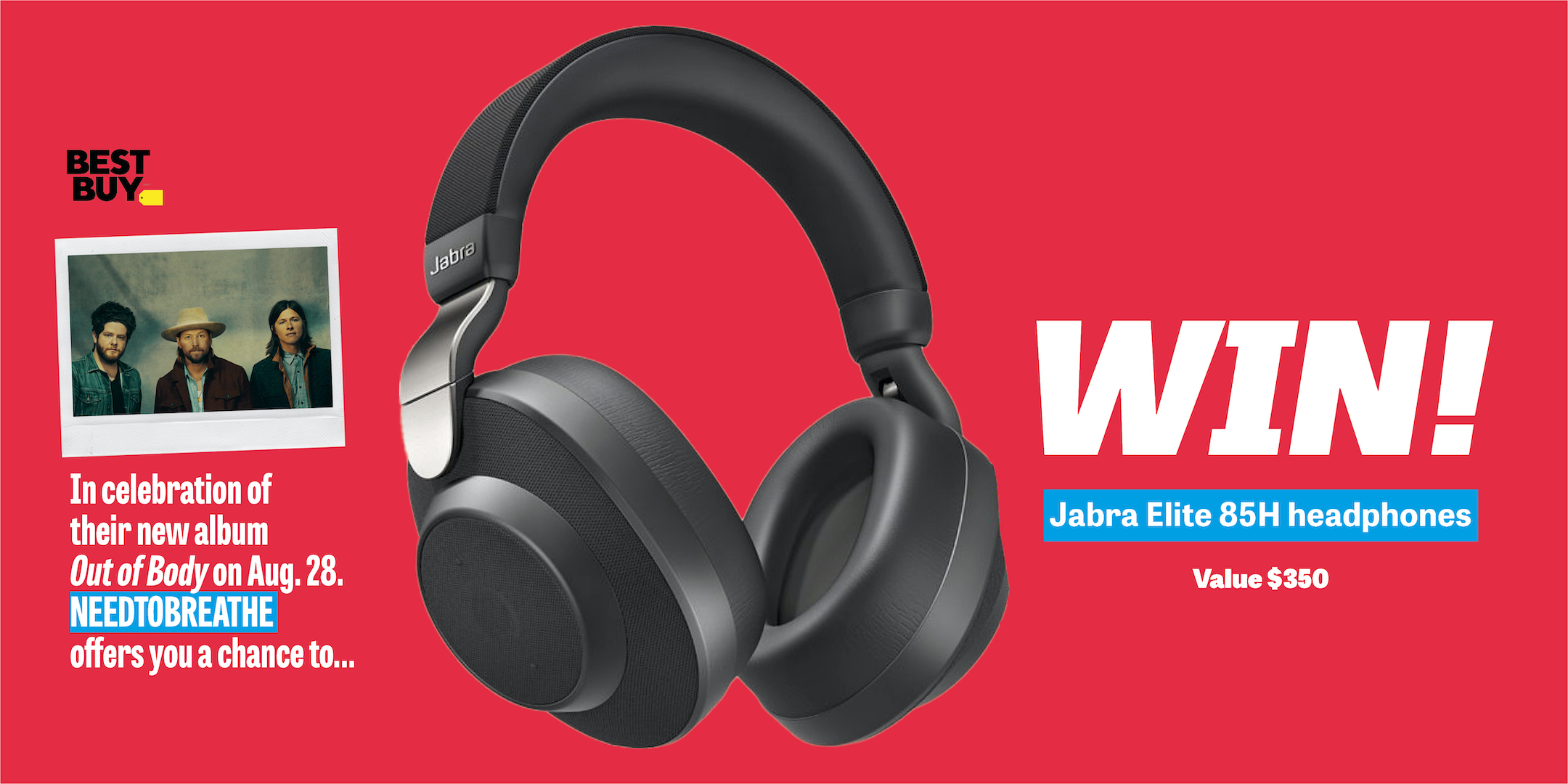 This contest has already ended. You can no longer enter.

Win a Pair Of Jabra Headphones From NEEDTOBREATHE!

To celebrate the release of their new album, Out Of Body, Grammy Award-nominated, platinum selling rock band NEEDTOBREATHE have partnered with Best Buy Canada and BeatRoute Media to give you a chance to win a pair of Jabra Elite 85H headphones (valued at $349.99 RRP).

Released Aug. 28 via Elektra Records / Warner Music Canada, Out of Body features NEEDTOBREATHE’s signature soulful rock sound mixed with poetic lyrics. You can listen to select tracks from Out of Body here.

No purchase required. Skill testing question required. There is a limit of one prize per person. The contest begins on Thursday, August 27, 2020 at 2:00pm (EDT), and ends Wednesday, September 30, 2020 at 2:00pm (EDT). The prize will consist of 1x "Win a Pair Of Jabra Headphones!" value of 350$. Open only to legal residents of Canada, except Quebec, who have reached the age of majority in their province or territory of residence as of the date of entry. Odds of winning in any particular drawing depend on the number of eligible entries received for that drawing. For full rules and entry details visit: https://loycals.com/contests/197/rules. Sponsored by Beatroute. Click for full contest rules.

Your experience on this site will be improved by allowing cookies.